Collection of Naruto Senki Mod Boruto Apk - Here are some of the old Naruto Ninja Senki game links that we have collected from various sources with the Boruto version. The sources listed below are credit for the post. However, if you want to find out more, you can search on the Gapmod.com site, because we have already shared some possibilities.

Please only want to try playing the Boruto Senki game on Android that you have, you can download it directly from the following link, some of which still come from the original modder, so if the link cannot be accessed, please comment. We have checked the latest updates and are still available for you to download.

Even though this is an old game, there are still many who are looking to play it, therefore the post with the download title Collection of Naruto Senki Mod Boruto Apk will still be shared for friends who are looking for an old version with a small or large size. 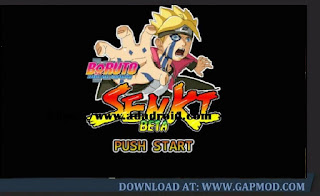 Anime from Japan that is very popular until now is Naruto. This anime has a sizable influence on the international gaming world. It is proven by the number of game versions that take the Naruto anime theme and one of the games that takes this theme is Boruto Senki.

Boruto Ninja Senki is a game that can be played on smartphone devices with the very popular Android operating system. This game is also quite easy to use, so that players who don't have high-spec devices (mid-end Android) can still play it comfortably and smoothly without any problems.

However, there are some modifications that we tried that turned out to be alone when played, and in our opinion it was not due to the device's fault but from the imperfect side of the game.

As for those of you who want to find the latest games, you can download them from our latest post with the title Naruto Senki Mod Apk Full Character Update 2019 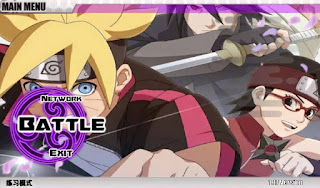 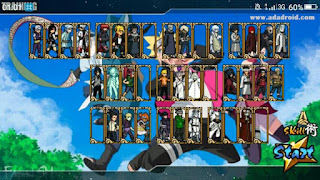 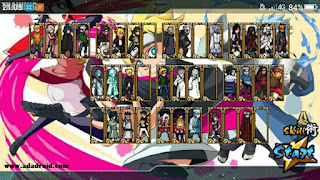 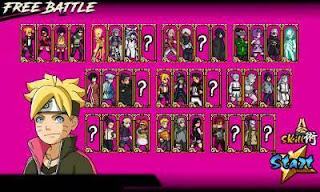 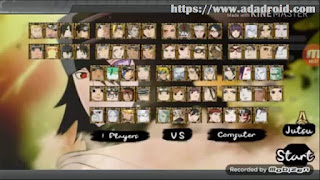 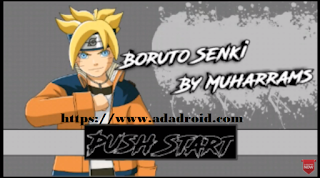 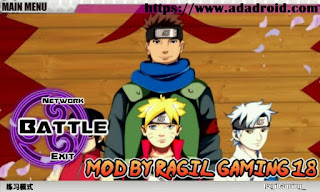 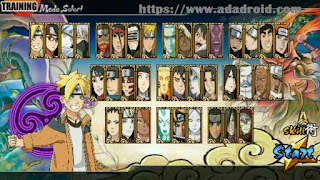 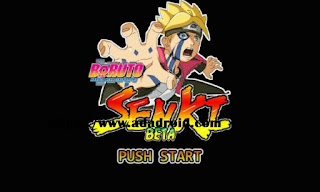 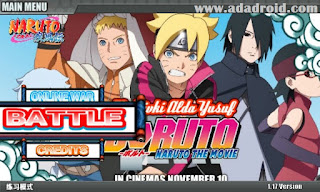 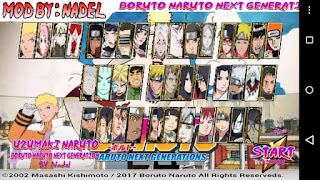 In our opinion how to install it is not too complicated. Because this game is only an Apk without OBB and data, all you have to do is install the apk that you have downloaded. For more details, please read the tutorial below.

At the beginning of opening the game, players will choose the game mode provided, please select the Training mode because only that mode can be used to play. Then the player can choose the game character according to his wishes. Each character has a different skill, please choose it carefully.

The character abilities in the Boruto Senki game are almost the same as the original anime version. Each character is generally endowed with 3 skills or jutsu. But sometimes there are unique characters up to 6 skills and this will also be seen if you enter Hardcore mode.

Players are given frogs to help him destroy enemy towers and for the modified version it will be different, not frogs anymore. These troops will come out continuously until the match is over and help fight the enemy.

The player's frogman abilities will increase significantly every time the player destroys a tower and after all three enemy towers are destroyed, the game is over. However, if a player's tower is destroyed first, that player will be deemed a loser.

How to Open Hardcore Mode in Senki Games

If you have played Naruto Senki Mod APK Android, surely you will know that the gameplay is the same as the original version. However, the mod version offers several new features and additional characters which are certainly more fun to play. This will make the game funnier and more interesting than the original version.

For the modified version, it is not recommended because it is not from the original developer, there is a possibility that malware can interfere with the capabilities of your device. But we've never come across it and hopefully that's not the case because this game is for offline fun only.

Here are some mod features that might be found in the Naruto Senki Mod Boruto APK game.

The characters we mentioned below are generally not found in the original version. There are many new characters that have skills, jutsu, and skill effects that are great to try. You must be curious about the characters in the anime, especially Boruto who is currently airing.

Here are some of the characters that might be in the Naruto Senki Boruto game.

Actually, Boruto Senki is classified as an old game because it has been around since the 2000s, but the popularity of this game does not fade with age. This is because many have made mod versions. This mod also makes this game even more interesting because there are still many new characters that are not in the original version.

Here are the steps that must be followed to download the Naruto Ninja Senki game so you don't get it wrong.

Meanwhile, if what we provide about "Download Collection of Naruto Senki Mod Boruto Apk" has a dead link and cannot be downloaded, please comment or can send a message via the Gapmod Facebook fan page.

That's all we can provide while waiting for our next update, enjoy playing ...