Download FTS Special Mod FIFA 19 by Bintang Ars - Still with us, the gapmod.com team is still loyal to share mod mod games on your Android. This time I will share on request from the gApmod Fanspage member on Facebook is FTS Special Mod FIFA 19, if a friend hasn't joined, please join here. In order to be able to send mods to appear on our site, or get the latest information about the world of the latest games for you to play.

Surely friends already know a lot about this exciting game, because this game is outdated since 2011 which can only be played on Playstation and PC Consoles. Along with the development of technology developers First Touch Games Ltd was released on the Android Mobile device platform. With a minimum of version 4.0 and above.

For what I will share, this is mod soccer by Bintang Ars who has been willing to publish the work of FTS Special Mod FIFA 19 Apk Data Obb Android that adopts First Touch Soccer 15. Players who have moved clubs now have the Latest Full Transfer and many other Mod features. If you want to know, you can download and play right now.

This latest FTS game can be played offline. Besides that it is very light and does not slow down RAM performance on your Android device. Guaranteed fun and no less cool with other sports games. Instead of wanting to know what FTS Special Mod FIFA 19 by Bintang Ars is like, just download the application now. Links are available at GapMod.com and are ready to be played. 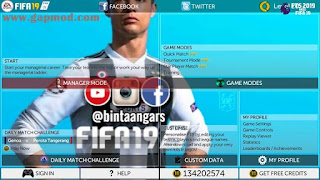 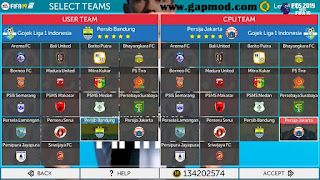