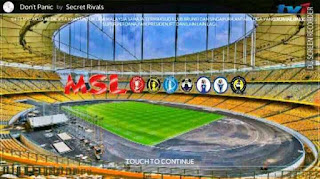 How To Install FTS 18 Mod Malaysia League by Arief Dzul