One Piece King Battle Apk - One Piece fans are truly spoiled by the game on various platforms.

After yesterday's release of the MMORPG game for iOS and Andorid has now released the title of the latest game with the official title One Piece Burning Will, adapted from the manga and anime made by Ecihiro Oda.

The game with the official title One Piece Nautical King Guild Wars can now be played. 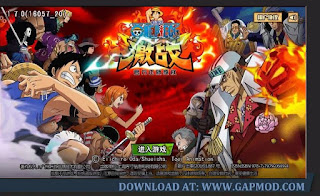 Unlike the One Piece Burning Will which has an MMORPG theme, the One Piece game Nautical King Gulid Wars itself will have a side scrolling beat'em up genre.

The game developed by Aofei Games and Toei Animation has a history similar to the anime and manga versions, so you feel the same way when you play this one.

In this game uses a virtual joystick, where the battle itself is carried out in real time, so you can carry out attacks freely, dodge and start various abilities and combinations to defeat your enemies.

So far, it's certain that the One Piece Nautical King Gulid Wars game will have 50 characters.


Of course, this is good news for One Piece lovers after confirming that the game, which is an adaptation of manga and anime by Ecihiro Oda, will get this year's game to be released on PS4, PC and Xbox One with it's One Piece World title. Seeker the next time you are confronted with the One Piece game with the Beat'em Up genre.

Unfortunately, this game itself is still available in Chinese, and there is no certainty that this one game will have an English version.

But it is not impossible to see One Piece's big name. One day this game will be available in English. 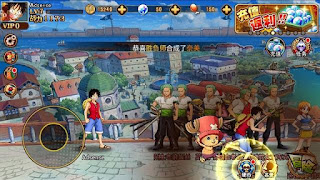 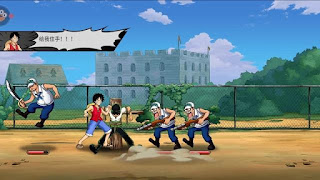