PES 2016 GALAXY that I shared is version: V3, with an ISO file extension for PPSSPP. Don't forget to download all files if you want to play right away.

However, the promotion team league players still lum update. Anelka is still there in Bourtsmouth, in Norwich there Wright Philips etc. The drawback promotion team has not updated players, Neymar, Messi, C.Ronaldo, Torres, Gotze etc, was edited player. In addition, Drogba is still at Chelsea, Xavi still in Barca. But for those who can edit, you can do it yourself.

For players able to update itself, wearing homemade SaveData more comfortable, less players there are in a club or a long stay just move. Because everyone can be the info transfer definitely different "because not only from one source.

Players who have not registered can be created in edit mode player / basecopy been provided with a look at Pes Stats Database! Okay just for those who want to try [Update] Pro Evolution Soccer PES 2016's GALAXY V3, can get in gapmod.com. Follow how to install the correct one. Congratulations plays. 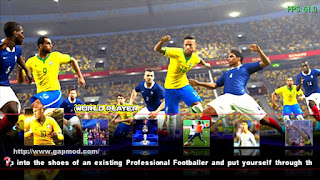 Discover the latest transfer updates in each team. Win every game that you follow. Collect trophies in the champions. Congratulations to play, enjoy. 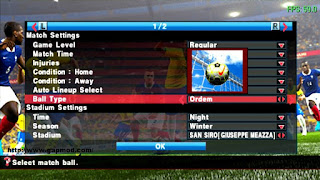 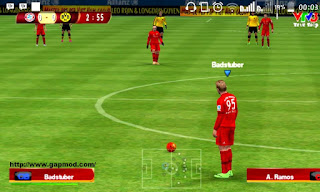